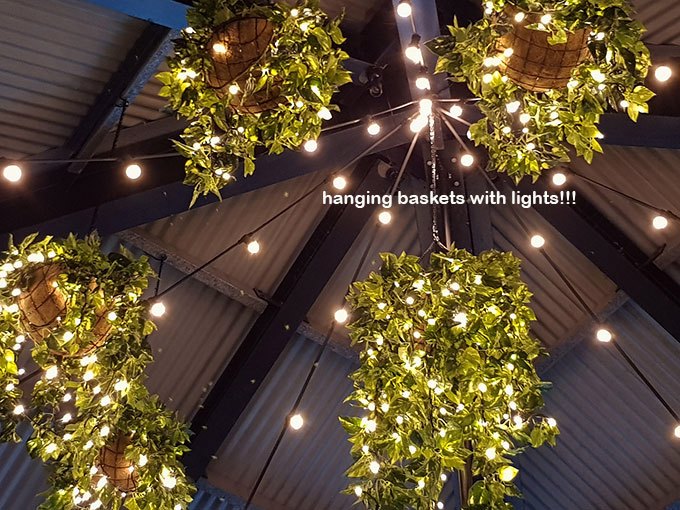 Clients with an upmarket bar & restaurant were wanting to add greenery.

They had a large open roof canopy that was a bit empty looking & wanted to hang live greenery with spot-lights but were worried about maintenance at such a height.

Also there was the problem of mixing water & electricity in a public space...don't even go there!!!

The suggestion was made to use artificial plants in hanging-baskets, then taken a step further to include lights in the baskets & cascading down the greenery.

The greenery looked great during daytime, softening big empty areas, but at night-time the effect is spectacular.

The end result was a double-win with soft, low-maintenance green baskets during the day & spectacular light show at night