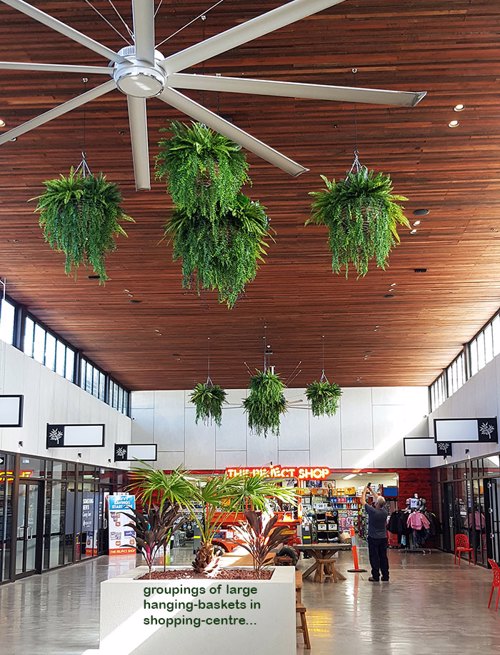 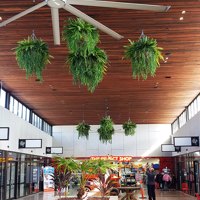 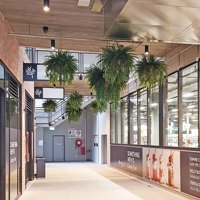 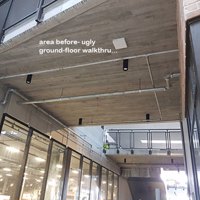 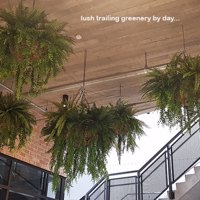 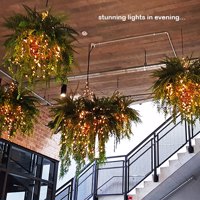 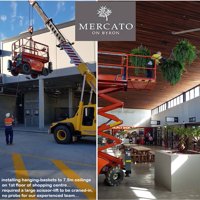 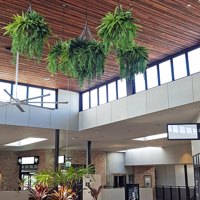 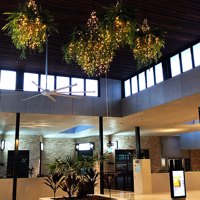 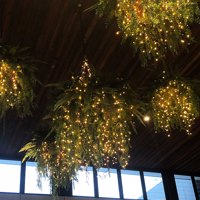 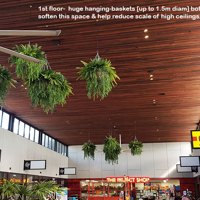 Client with a new shopping centre wanted to fill some empty spaces with greenery.

-consulting with their designer, we located a few areas that would benefit from adding greenery & we were asked to come up with ideas/costings.

-we presented a PDF showing pictures of their bland areas, with further pictures/CADs of suggested plants & rough costings. This helped both Designer & Client to picture end results & make decisions.

-on their 1st floor they had a large open roof canopy that was a bit empty looking & we suggested clusters of different sized hanging-baskets, hung at different heights. We also suggested adding fairy lights to add greater appeal in evenings

-on ground floor, an entrance walkway under overhead concrete ramps was unsightly with exposed pipes etc above. We suggested more clusters of hanging-baskets & lights to complement those upstairs

But there was a small problem!

-1st floor ceiling was 7.5m & would need a large scissor-lift, too large to acces goods lift. We were able to organise a crane to lift the scissor-lift to 1st floor & our qualified Staff were ticketed to operate it & install.

-Hanging-Baskets were grouped in clusters of different sizes & heights [using chains] giving a cool random effect. The largest baskets were 1.5m in diameter, weighing 13kg only including lights.

The greenery looked great during daytime, softening & filling big empty areas, but at night-time the effect is spectacular.

The end result was a double-win with lush, low-maintenance green baskets during the day & spectacular light show at night