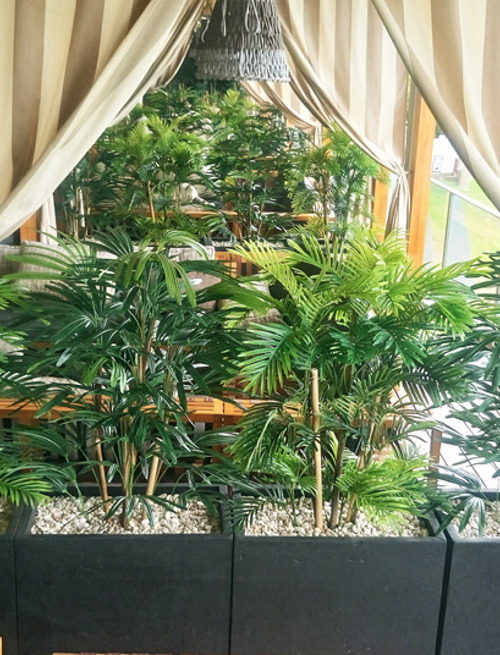 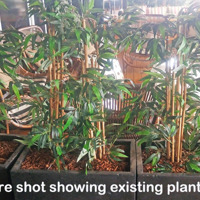 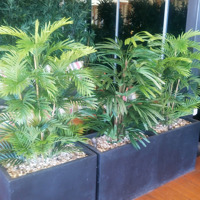 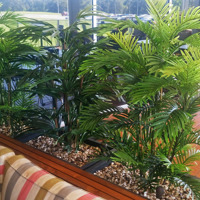 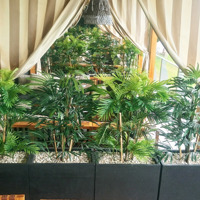 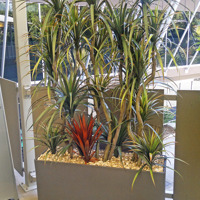 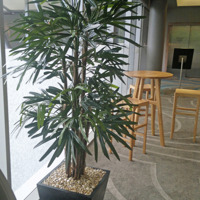 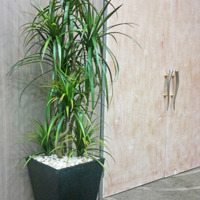 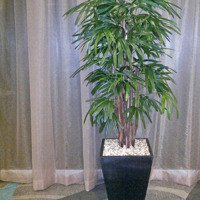 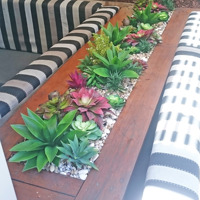 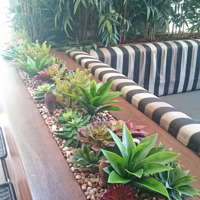 Large Football Club needed a re-firbishment in several areas, they asked us for both ideas & costins.

Client had existing raised planters with old plants in two different areas & wanted some ideas on how to modernise with new, fresh artificial plants.

Existing planters divide seating areas, the plants needed to screen rather than block.

In one area, we went for a combination of 1.2m Rhapis & Parlour Palms. Both are very natural with short bushy foliage all-over. They also provide a nice contrast with darker Rhapis foliage against lighter Parlour Palms.

Planters werer finished with bonded mottles cream pebbles for a natural & secure base.

In another area. lower sun-resistant plants were needed, we suggested assorted random succulents in a bonded pebble base...

Also throughout their conference areas, they wanted plants in planters that look smart & are light enough to move around to support various spacial requirements in their conference areas. We suggested Dracaenas & Rhapis Pals in lite-weight planters, finished with bonded pebbles, keeping them neat, tidy & easy to both move & clean.

By using complimentary plants & finishes, we were able to both meet design criteria of all these different areas whilst providing a unifying plant theme throughout this large club complex...

In another Smoking Area, they needed tall sun-tolerant plants in big solid troughs. WE went for a combination of hardy Dracaenas with some succulents for colour & contrast at base

Products Used on This Projects